For CASIO calcs the new page has now been created. Click here for Casio Calcs!!!

Here's a list of the calcs in this archive so far: 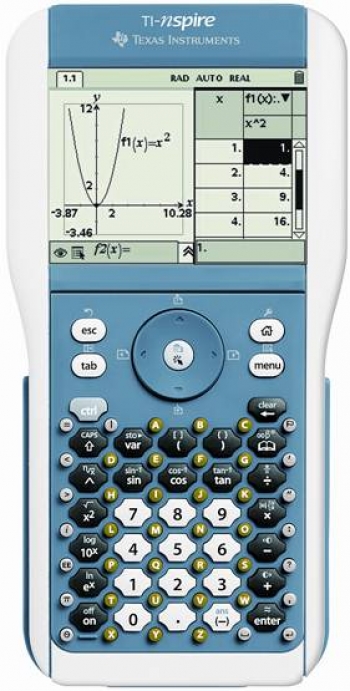 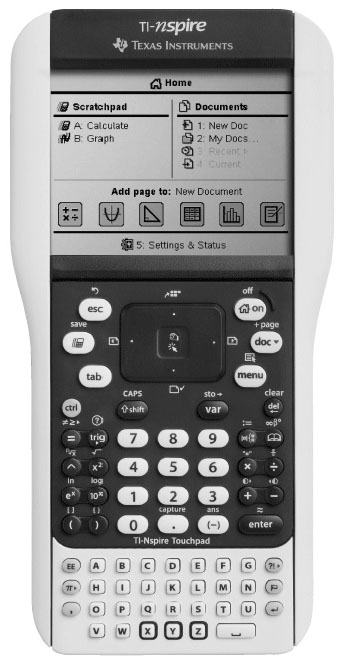 If you want the original TI-nspire Picture...Click here!

Briefing: This is the newest (with TI-nspire CAS below) calc to come from Texas Instruments. Unfortunately it has limited programming capability and so cannot play games directly (you have to type in commands in the calculator function to make the game do what you want to do) Fortunately there are some things you can do to 'increase' your calculator's programming ability.

See the TI-nspire CAS section below for differences between the two versions.

OS Upgrades: The newest OS is v2.1.0.631 released 14 July 2010. New OS contains nice new features such as the ability to create in game menus (Eg: you can create some programs: game.new, game.save, game.load and game.quit and when you run the game from the calc function you can just type game. and a menu will come up. For more info on this, view the Calc Prgms page to start programming!) This feature is only available from OS v1.7 onwards and it is most likely that the OS version that came with your calc is not this version so to download go to the TI website at education.ti.com (for TI-nspire). 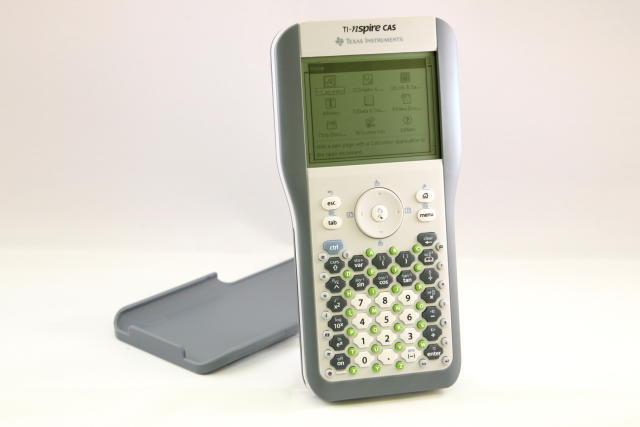 Briefing: This is the newest (with TI-nspire above) calc to come from Texas Instruments. More info is above so I will explain the differences between the two different TI-nspires in this section.

OS Upgrades: The newest OS is v2.1.0.631 released 14 July 2010. (For the other text that came with this section, refer to the Ti-nspire section.)  It is most likely that the OS version that came with your calc is not this version so to download go to the TI website at education.ti.com (for TI-npire CAS). In other matters, view the Calc Prgms page to start programming!

Differences: The differences between the two different TI-nspire versions are as follows:

1In the TI-nspire, you can take the whole keyboard off. (It’s cool, but it’s also where the batteries are stored so you would already know about it.) That is, if you don’t have the CAS version, because the CAS keyboard cannot be taken off and therefore has no TI-84 Plus compatibility. But on the non-CAS, you can replace it with the TI-84 Plus special keypad (I don’t even know if the keypad is even meant to come included, I don’t have a keypad, anyone who has one included please e-mail me) and your calculator immediately gains all the features of a TI-84 Plus. This is the thing you can do to your calc to increase your calc’s programming capability. (I mentioned this in the TI-nspire section) For CAS users, I’m sorry but you will always have the limited game programming capability as there is no way to get the TI-84 Plus features onto your calculator. Buy a TI-nspire.

Well there we are, that explains the basic functions of the two TI-n­spires. Now for the next calculator…

Briefing: After the TI-nspires, this is the next calc that's the most recent. This was released as a better version to the original TI-89. This calculator has much better programming capability than the nspires and has much more games and programs for it on many websites

Introduce Yourself
by jhgenius01 over a year ago

Forum Being Locked
by jhgenius01 over a year ago

Mario
by jhgenius01 over a year ago

Jump to a forum area: